For those who cherish freedom and worry about the future of our country and world, there are two subjects likely to bring a weary sigh (or maybe gritted teeth): today’s media and today’s youth.

Mainstream media has become a fountain of disinformation and fallacy. The “fourth branch of government” is now more a ministry of propaganda than a beacon of understanding, truth, and public accountability. Its PR campaigns for ruinous policies and social agendas played a decisive role in steering our world into the knot of crises that we’re in.

And today’s youth have been the foremost victims of that disinformation and those crises. They have been locked down, lied to, and lured by demagogues offering “free” everything into ideologies like Democratic Socialism that will only bankrupt their future.

With government vastly swelling at the expense of civil society in the wake of COVID-19 and a pandemic of intolerant “woke” culture sweeping through the rising generation, liberty is on the ropes: there’s no denying it.

But as bleak as it seems, human freedom is worth struggling for. And there is hope.

What most gives me hope is the fact that there are many young minds—perhaps more than ever—who consciously embrace the cause of liberty. And many of these young minds are razor-sharp, media-savvy, and gifted with compelling voices. These young talents have the potential to break into new media and become leaders among their generation of a movement driven by the ideas and ideals of liberty.

But to achieve that potential, they need training and support.

That is why the Foundation for Economic Education (FEE) launched the Henry Hazlitt Project for Economic Journalism. Named after the journalist and co-founder of FEE who was the 20th century’s greatest communicator of free-market ideas, the Hazlitt Project’s mission is to discover, train, and launch the young Hazlitts of the 21st century.

After announcing the program, we received an overwhelming number of applications from talented, principled young individuals. From those, we carefully selected our first cohort of fellows, which we are proud to announce below. We’d love for you to get to know them and show them some support. Give them a follow on their various social media channels, and be sure to share their work! Below are brief bios followed by an interview with the Hazlitt Fellows. 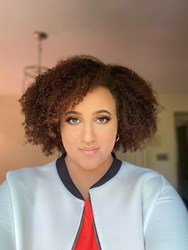 Olivia is a political science major at the East Stroudsburg University of Pennsylvania, where she’s also a member of the wrestling team. In addition, she is an independent political commentator and social media influencer. Her work has appeared in various libertarian and conservative publications, including FEE, the Daily Caller, and the Lone Conservative. In addition to freelance writing, Olivia also works in video production and political grassroots movements. 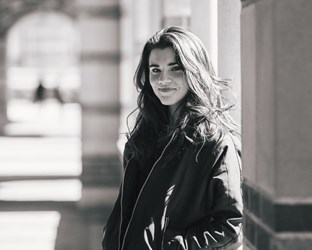 Brett Cooper is a graduate of UCLA where she majored in English Literature and a minored in Business. Raised in Tennessee, Brett took up a second residence in Los Angeles at age 10 to further her professional acting career. Brett is an ambassador and independent content creator for both PragerU and Turning Point USA, and she is Content Manager and a writer for Unwoke Narrative. Next year, she’ll be pursuing dual JD and MBA degrees at the University of Idaho. 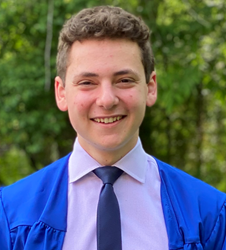 Jack Elbaum, an incoming sophomore at George Washington University, has been published in various outlets including The Wall Street Journal, Newsweek, The New York Post, and The Washington Examiner. While not working or in school, Jack enjoys watching and reading about sports—especially football and hockey—as well as spending time with his family and friends. 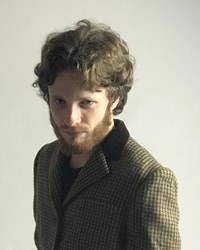 Saul Zimet is a graduate student in economics at the John Jay College of Criminal Justice at the City University of New York. He is a writer, artist, and futurist who seeks to maximize the knowledge possessed by sentient life across spacetime. Visit his website at www.saulzimet.com 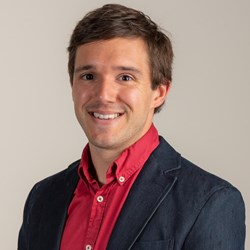 Jon Hersey is managing editor of The Objective Standard and a fellow at Objective Standard Institute, where he teaches “How to Write Powerfully in Defense of Liberty.” He hosts the podcasts “Philosophy for Flourishing” and “The Hero Show.” He’s on a mission to uncover and elucidate the foundations of human flourishing. Get his ebook on writing in defense of liberty here, and join his mailing list at JonHersey.com.

FEE: Why did you apply for the Hazlitt Project?

Saul Zimet: “I applied for the Hazlitt Project because I thought that working with FEE, one of my favorite publications and one of the few whose values I feel generally aligned with, would be a powerful way to fight for the ideas I want to see enacted in the world.”

Brett Cooper: “Though I graduated with a degree in English Literature and spent four years writing papers daily, journalistic writing was never something in which I was trained. As a longtime admirer and reader of FEE, I saw the Hazlitt Project as a way to gain this experience with an organization I already respect and trust.”

Jack Elbaum: “I applied for the Hazlitt Project because of my passion for promoting pro-liberty ideas in general, as well as my admiration for the way in which FEE goes about promoting those ideas in particular. Rather than stuffing articles with jargon, I admire that FEE makes their articles—which forward crucial principles of limited government and individual liberty—accessible to everyone, no matter one’s background knowledge.”

Olivia Rondeau: “I applied for the Hazlitt Project mainly to push myself to be a better writer, but also to make connections with other like-minded people in the media.”

Jon Hersey: “Dan Sanchez invited me to apply after I sent him an article for consideration. Henry Hazlitt was an incredible communicator, and anything I can learn to get closer to his level is worthwhile. Plus, I love FEE’s mission, had a blast at FEEcon, and admire the handful of FEEple I’ve had the privilege of working with.”

How will the Hazlitt Project help you achieve your goals?

Olivia Rondeau: “I believe the Hazlitt Project will help me achieve my goals by giving me the opportunities and resources to become a successful journalist.”

Saul Zimet: “I suspect that working with and learning from the people at FEE will be a great opportunity to improve my writing skills, learn more about the economic and political world, gain precious experience in the media/commentary space, and meet a new assortment of interesting people who I have some important things in common with.”

Jon Hersey: “I aim to help people see how all good things rely on reason and freedom, so I presume this program will fit like a glove. I expect it will help me to quickly gain knowledge and writing muscle, network with interesting people, and build my audience.”

Brett Cooper: “The Hazlitt Project will help deepen my skills as a writer and critical thinker, while simultaneously offering me another avenue to reach open minds in the Liberty movement.”

Jack Elbaum: “FEE’s Hazlitt Project will help me achieve my goals in two ways. First, it will allow me to make connections with other pro-liberty writers and students. Second, I will be able to develop my writing skills through the Hazlitt Project. In short, I am extremely excited to have the opportunity to not only further my goals, but also the pro-liberty ideas championed at FEE, during my fellowship.”

What issues are most important to you?

Jack Elbaum: “I believe that the fight for school choice is of paramount importance right now. Children across the country are being denied adequate education because some politicians have decided that it is more important to cater to teachers’ unions than provide the next generation with the tools necessary to succeed. Worst of all, it is those who are already the most vulnerable that are hit the hardest by this corruption. I believe we must fight for school choice to give every child the opportunity to succeed, irrespective of their zip code.”

Brett Cooper: “I’m most passionate about addressing the state of US education amidst the current hyper politicization of school systems, the corrupted teachers unions, and the push to eradicate homeschooling. Additionally, as a professional actor, I care about the world of entertainment and its often overlooked power to influence cultural perspectives and values through storytelling.”

Saul Zimet: “I believe that knowledge maximization is the highest moral pursuit of our time, and that the progress of knowledge is most powerfully facilitated and incentivized in a society of economically and intellectually free individuals.”

Olivia Rondeau: “Some issues that are the most important to me are capitalism, the Second Amendment, and free speech.”

Jon Hersey: “I am most interested in the ideas and institutions that have made possible mankind’s incredible ascent—and in averting the very real possibility of slipping backward. These ideas and institutions are like a computer’s operating system. When it’s vulnerable to viruses that shut down man’s mind or enslave it to malignant purposes, we get the Dark Ages, the Third Reich, Mao’s “Great Leap Forward,” and today’s North Korea. When our systems are healthy and robust, we make astounding progress possible.”

This article, A New Generation of Pro-Liberty Journalists Is Rising Up, was originally published by the Foundation for Economic Education and appears here with permission.  Please support their mission.

Netflix Delivers Salvo for Free Expression With 9 Little Words to Employees: ‘Netflix May Not Be the Best Place for You’

Tiger Global Sells, Liquidates Billions: Here Is Its Full Portfolio As Of March 31

The Margin: Free rapid at-home COVID tests: You can order a third round from the federal government — here’s how

Outside the Box: Do these 3 things so federal and state governments can offer more targeted help during the next recession